Activity of the company

Caproni JSC is a leading manufacturer of hydraulic components and systems with application in mobile and stationary industrial equipment. Our products are used in: gearboxes of passenger cars, vehicles such as buses and trolleybuses, auxiliary machines, tractors, harvesting machines and various agricultural machines and attachments, electric trucks and forklifts, lifts, road construction machines, metalworking machines and many others. Our company offers a wide range of hydraulic products – standard products, as well as by order of the client. The company is certified according to the standards ISO 9001:2015 and IATF 16949:2016. We are successfully participating in the World Fluid Power market as a supplier. We have built partnerships with more than 150 companies (manufacturers and distributors of hydraulic equipment), we have a distribution network in more than 30 countries around the world. This is a guarantee for fast delivery and reliable maintenance. Caproni JSC has a fruitful partnership with well-known companies - provides its own products to the following original equipment manufacturers: Bosch-Rexroth and Interpump Group – Italy, Hydac International – Germany and USA, Haldex Hydraulics (now Concentric AB)- Sweden, Millat Tractor Pakistan, and in the automotive industry, as a subcontractor of Fiat, Renault, Peugeot and Volkswagen through Fiat Group – Italy.

An airplane school was opened in the town of Kazanlak.

Contract with the Czech company Aero Prague for the construction of an aircraft factory.

Bulgarian Caproni Aircraft Factory. During this period the factory became the property of the Italian company “Caproni” and specialized in the production of aircrafts.

Technical Director is the first Bulgarian aircraft engineer Prof. Lazarov. The planes are made according to his designs: DAR, LAZ and KB-3 “Chuchuligi”. Later two-seater models: Gilba (Papagali) and KB-11 “Fazan” - combat reconnaissance machine took part in the first phase of the Patriotic War and the first Bulgarian radios “Caproni” and bakelite products.

The management is convinced, that an essential factor in achieving quality policy, is the efficient operation and development of the “Quality Management System” in accordance with the requirements of Bulgarian State Standard EN ISO 9001:2015 and IATF 16949:2016. 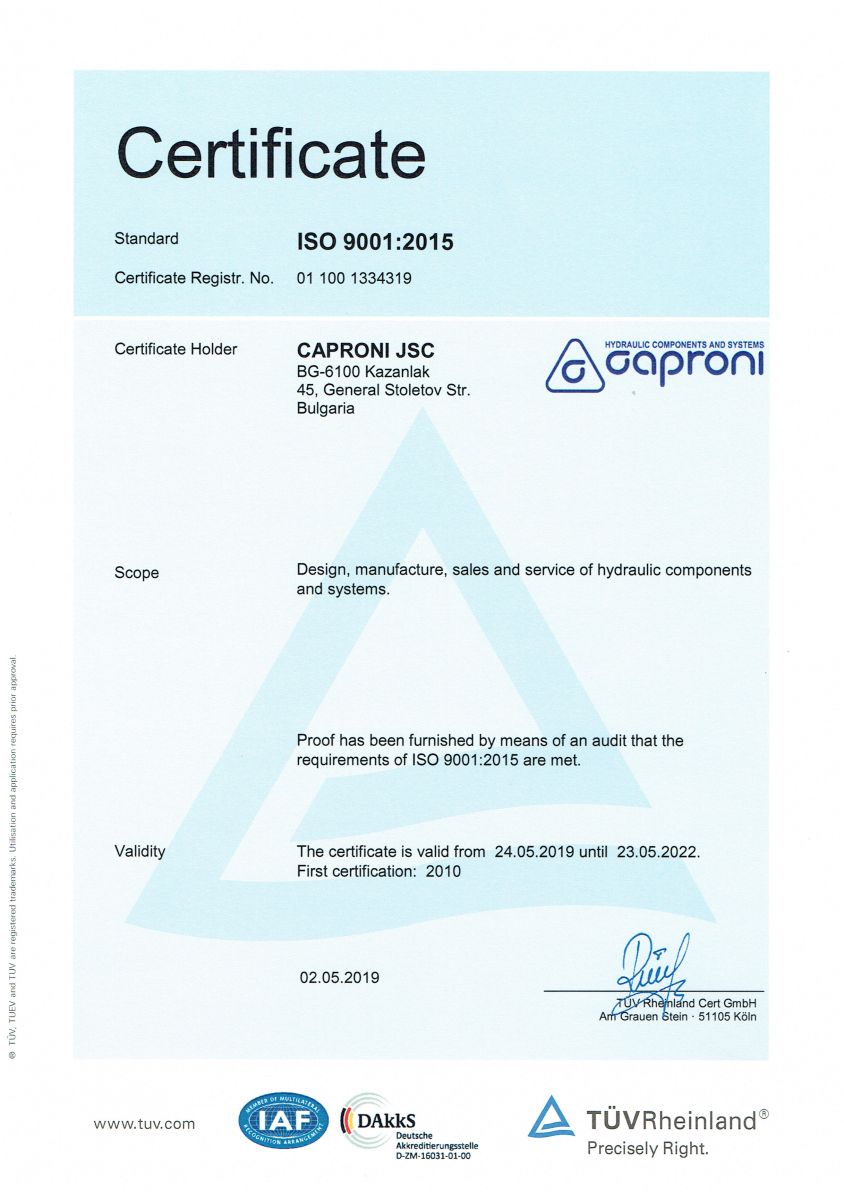 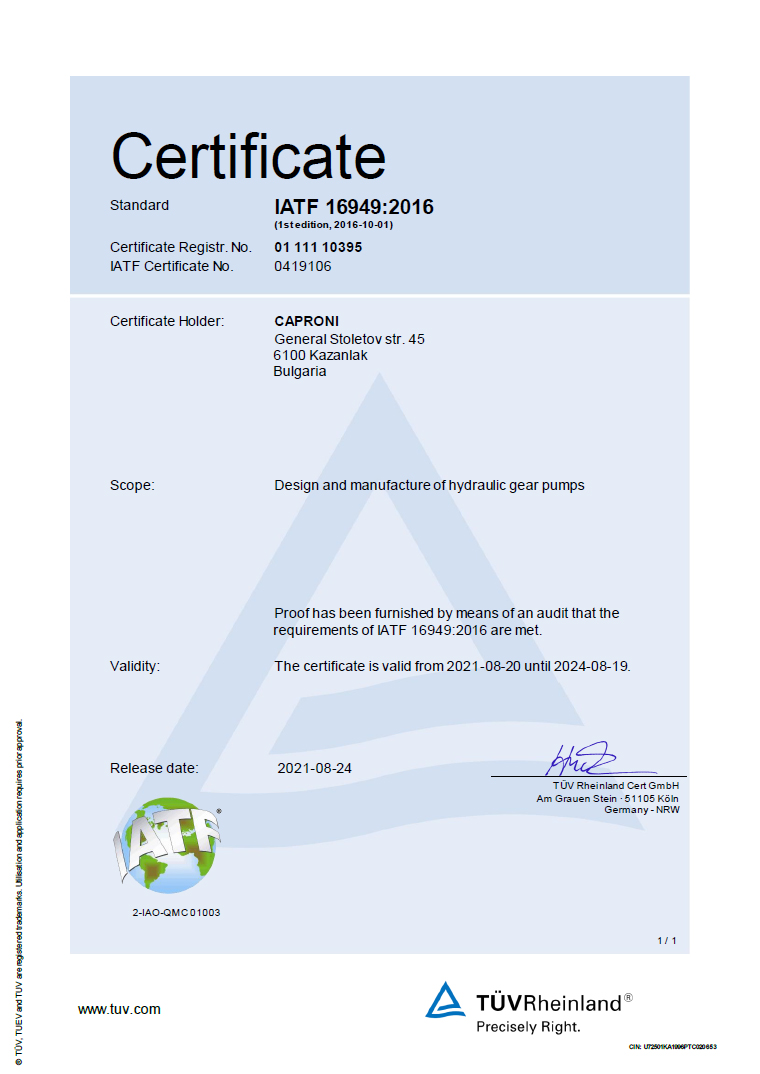